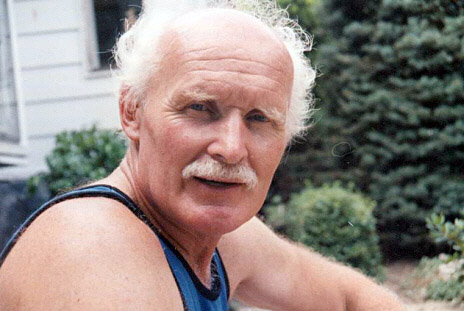 Lajos Geza Horvath was born in Hungary on August 25, 1930. He learned gardening at home from his father. He went to school for Agronomy studying many subjects including Beekeeping, Viticulture, and Horticulture. He escaped Hungary in 1956 during the Revolution after operating equipment at the local agriculture machine station to pull down a Russian monument. In Austria, he studied Economics on a Rockefeller refugee scholarship at the University of Innsbruck. In 1959 he left for the USA.He worked many jobs in the U.S. including the job that got him started in the green industry — tending the Rose Garden in Evanston, Illinois. Here he met his first clients who loved the gardens he created for them.Over 18 years, Intrinsic Landscaping made many beautiful and unique gardens some of which were featured in Better Homes and Gardens and North Shore Magazines. In the meantime, he helped his wife Trudy open Flowers By Intrinsic – a full service floral shop in Northbrook, Illinois.

In the fall of 1978, he began a third green business — Intrinsic Perennial Gardens — a retail Garden Center specializing in field dug perennials. Here Lajos was in his element! He worked 7 a.m. to 7 p.m., 7 days a week. He loved growing and teaching people about perennials. People lined up to walk the fields and talk plants with him. In 1985, Lajos had heart bi-pass surgery. At this time, his son Kurt took over running the business. In 1987 he lost the lease on the garden center in Glenview and returned to Landscaping to make his living. In 1991, his son Brent graduated from Oregon State University with a degree in Horticulture and began developing Intrinsic Perennial Gardens — a wholesale perennial nursery in Hebron, Illinois. In the medium of landscaping and perennial gardens Lajos flourished again. He consulted and worked with his sons for both businesses. He designed and built gardens for the landscape company, propagated and grew plants at the nursery, while he prepared the land for development and tended to the cosmetics of the nursery. He also managed 4 local Farmers Markets.

In 1999 he died suffering a massive heart attack while working at the farm. His love for gardening and intense labor inspire us today.

Quotes about “Lou”
Coworkers Exclaimed:
“We called him ‘La Maquina’ (The Machine) because he could produce 3 times the average worker.”

Customers Proclaimed:
“Heaven must have needed a Master Gardener for him to leave us so soon.”

Colleagues Explained:
“With a plant in his hand and a twinkle in his eye, he made our hearts and gardens happy.”